The early church fathers said there were seven deadly sins.  High up on their list they placed the sin of anger.  In fact, it was second only to the sin of pride.  Today we need to ask ourselves, “What makes us angry?”  Think about the things that made you mad this past week.  What were they?  A car on the highway that cut into your lane?  A rude clerk at the department store?  Having to stand in line a little longer than you thought necessary?  A phone call that interrupted your evening meal from someone trying to sell you something […]
Do you like it?0
Read more

The early church fathers compiled a list of what they called “the seven deadly sins.” Number one on that list was the sin of pride.  I doubt that you and I would have done it that way.  We may recognize that pride is indeed a sin, but most of us would not think of it as the first and worst of the seven deadly sins.  Perhaps most of us could think of at least three sins that we  consider to be more serious than the sin of pride – murder, adultery and stealing. And is there not a sense in […]
Do you like it?0
Read more

Years ago, a man named John Edwin Daniels sought to inscribe his name in history by establishing a world record for long-distance walking.  His goal was to hike from the lower tip of Baja, California to the northern end of Maine.  The journey required ten months and he completed it on schedule.  When he arrived at his destination, newsmen and radio microphones were waiting to record his impressions upon completion of his well-publicized trip.  The announcer who conducted the interview asked: “Mr. Daniels, you have walked over 4000 miles.  Tell us, during these past ten months what was your greatest […]
Do you like it?0
Read more

What is God’s intention for families?  What part does God mean families to play in human life?  Only when we understand what God has revealed about the family can we hope to find solutions to the problems families face today. The clearest statement of God’s plan for our family is the one that comes right at the beginning of the Bible in the account of the creation of man.  We often miss the point of this account.  Living as we do in a highly individualistic society, we’re used to thinking of humanity as a mass of individuals.  Consequently, we read […]
Do you like it?0
Read more 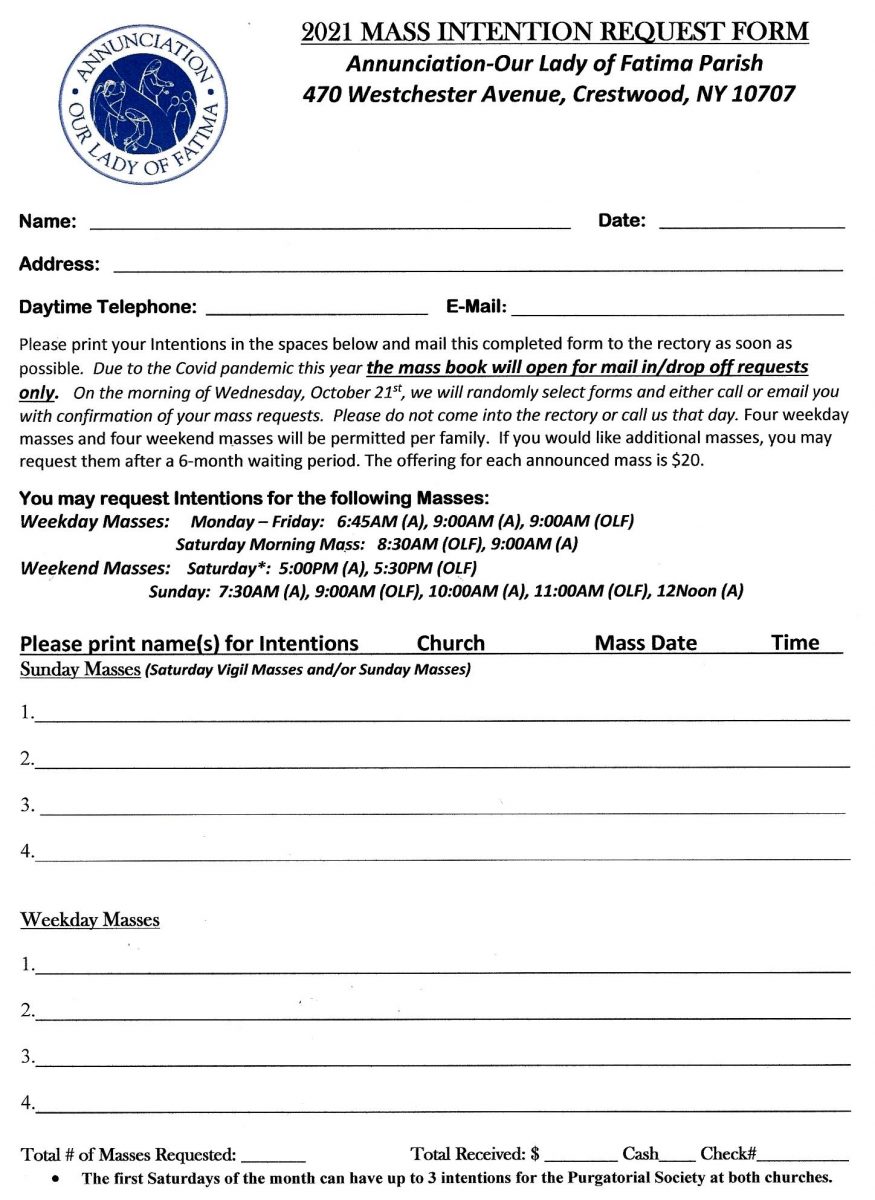 We will begin scheduling Mass Intentions for 2021 today.  Please mail completed forms to the A-OLF Rectory at 470 Westchester Avenue, Crestwood, NY 10707, or drop into collection baskets at church or in the Rectory mailbox.  We will contact you with the masses you have been given.  Thank you for your understanding with changes to procedure this year.
Sep
22
Tue
9:30 am Miraculous Medal Novena @ Annunciation Church
Miraculous Medal Novena @ Annunciation Church
Sep 22 @ 9:30 am – 9:45 am
Sep
23
Wed
9:30 am Rosary @ Our Lady of Fatima Church
Rosary @ Our Lady of Fatima Church
Sep 23 @ 9:30 am
Sep
25
Fri
7:00 pm LG Scavenger Hunt
LG Scavenger Hunt
Sep 25 @ 7:00 pm 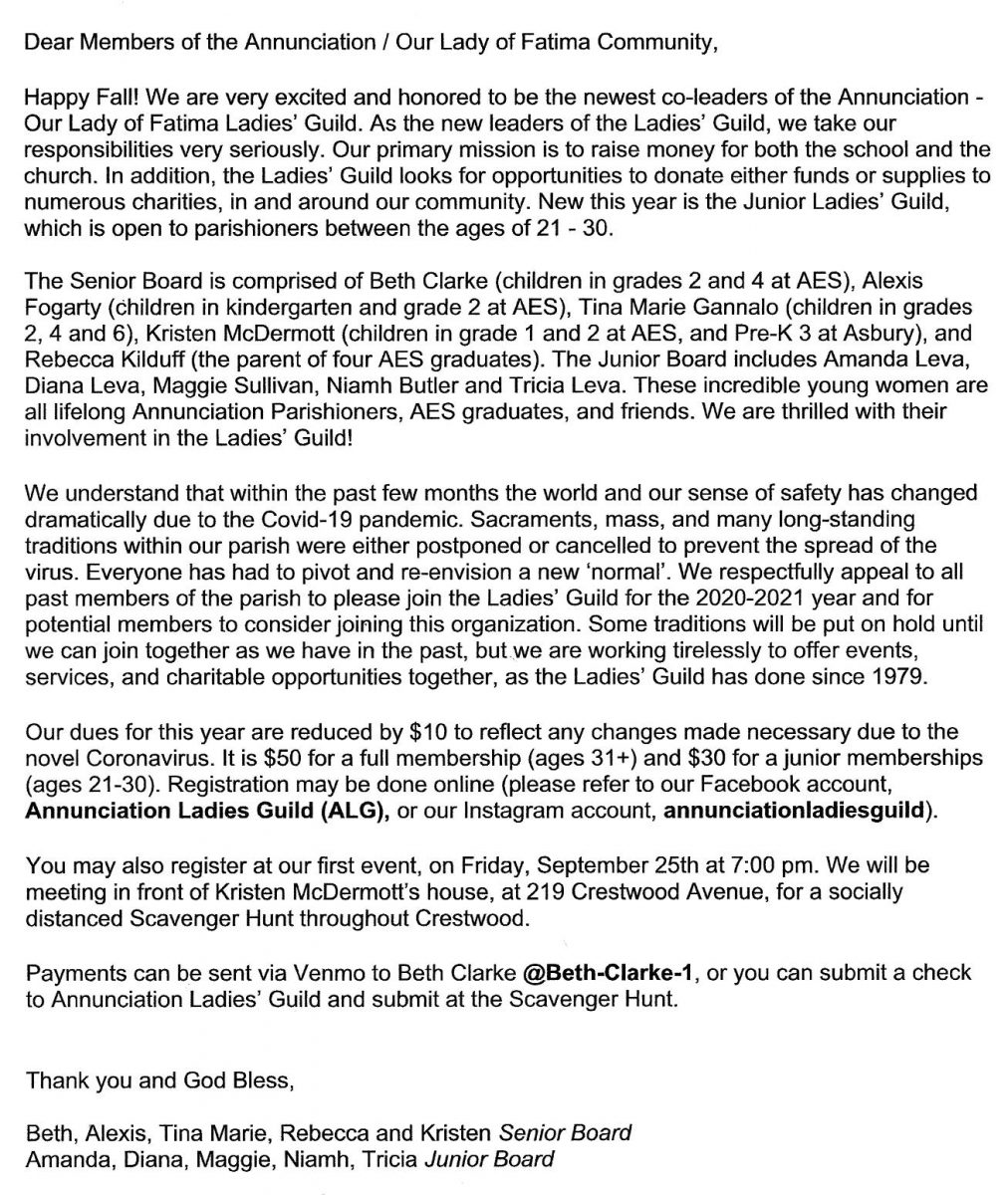